You know that musty smell you’ve been noticing, the one that you can’t put your finger on but smells vaguely of dust and maybe a twinge of rot?  It’s not coming from your fridge, your shower, or even your garbage disposal (you’re welcome for those visuals), it’s coming from your computer and/or mobile device…because this blog has been decaying for two months.  It has been radiating the stench through the interweb and into your home, and for that I must apologize.  I don’t think I’ve ever stalled this long between posts, although don’t go running over to the sidebar to check that statement via the archives.  All I can say, which is exactly what you know I’m going to say, is twins.  Twinnage.  Twinning.

Right around early July everything picked up in my not-online life because of planning the twins’ birthday party as well as our first trans-American flight to Pennsylvania.  It shatters the mind to comprehend the number of errands and thankless chores that went into each of these endeavors, but I can confidently say it was all worth it.  The birthday was a truly lovely time (I only cried once!) and the trip east was a week I will treasure forever (they didn’t cry once on the plane — okay that only applies to the first flight, but STILL).

In case those situations are not sufficient excuses, Mike traveled for two weeks in early August, and do single mothers blog?  Maybe they do, but are their kids still alive?  I have no idea how this could be accomplished, but I wasn’t entirely single, as my blessed sister Erin came to stay with me the first week, and the second week the twins and I took a three day trip to Oregon to visit my grandmother.  My mom also spent the night once.  There was not a LOT of single motherhood going on, but can we agree this contributes to the theme of summer blog silence?

Now that I’ve gotten that paperwork out of the way, I hereby resolve to get my act together and become a regular blogger.  Because I know you’re waiting with breath that is baited (name that show) for more juicy tales from the exciting halls of Twin Reph University (go TRU!).

In the meantime, a few gems from the last two months (it pains me to write “two months” again, and now I’ve done it three times). 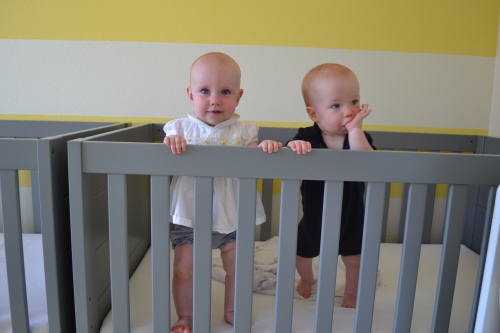 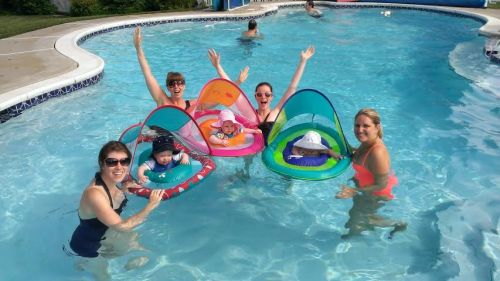 Just a cacophony of fun in the sun with our cousins in PA — including the newest addition, Avery. 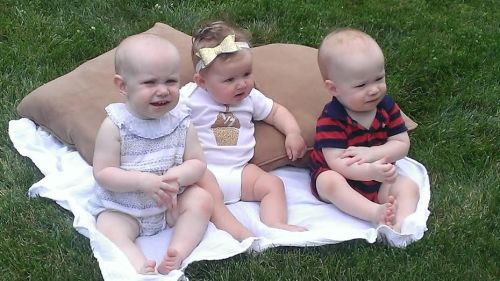 Photographing these three together proved irresistible. Note that they are virtually the same size but, per Avery’s onesie, she is six months old, whereas my darlings are two days from being one year. Love. It. 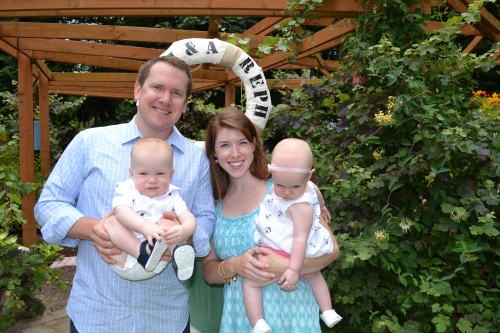 The birthday party! Massive announcement: I made that life ring in the background (correction, Sam really did most of the work). 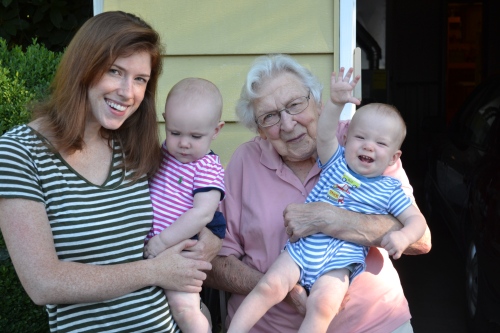